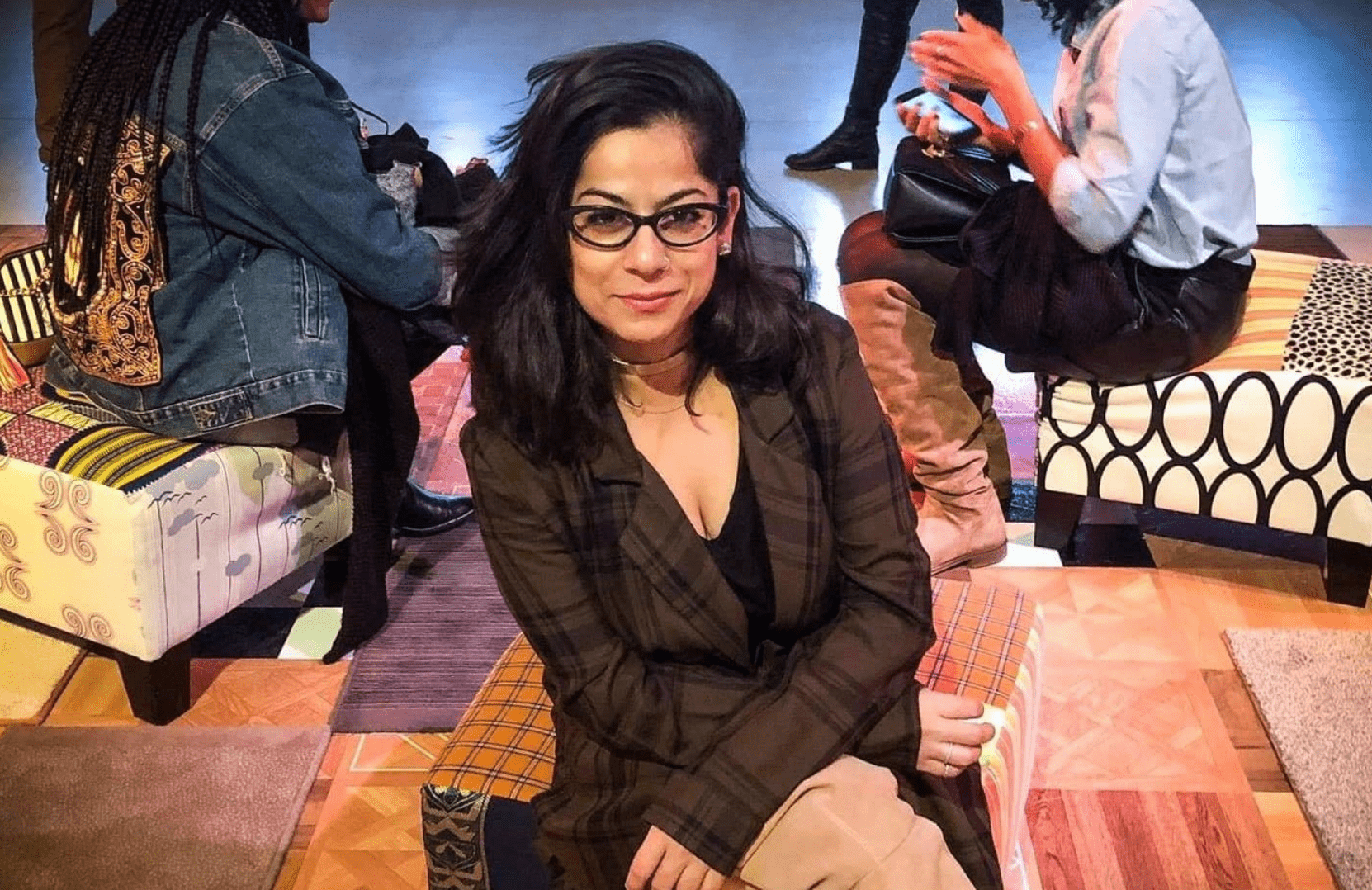 Next up on our Speaking to Media series is a woman to kick-start all your new cravings. Deepi Harish is a freelance food writer who has worked with Post City Magazines, The Huffington Post, Editors’ Association of Canada, China Daily and many more. A food connoisseur and cook from a young age, it was only natural for her to be drawn to writing about a favourite pastime of hers.

We were fortunate enough to chat with Deepi about all things culinary, storytelling, and how she combines her two passions. Her refined palate has led her to the most exciting adventures, we just had to know more!

What made you gravitate towards food writing? Tell us the story about how you got here.

I’ve always been into writing. In fact, I recall writing a 20-pager on puppies at the age of four or five. I have to go back and read it for shits and giggles.

I’ve also always been into food. One of my earliest food memories is how often my parents spent half of the day slow-cooking mutton and I would enjoy sucking out the buttery, pulpy bone marrow. I was four at the time.

I’ve always understood taste, textures and flavours. I credit my folks and my older brother for that. I grew up in a family of four where we all love to cook. My mom did the Indian cooking, dad took care of the meats and my brother is just an all-around chef. So, cooking and eating beautiful meals was in our DNA. However, growing up in a Punjabi household, baking traditional cakes and cupcakes weren’t a thing. Sweets that give you an instant sugar rush were and that wasn’t for me, so I begin to experiment with baking early. I started with boxed cake mixes, then moved on to modifying the mixes by added ingredients to make them taste more “homemade” and less artificial. Then one day the boxes disappeared because I had taught myself how to bake for real. At the same time, I started to travel more and had more food experiences. After watching Anthony Bourdain’s documentaries and reading his books, I would go out of my way just to eat at places he recommended around the world. Still saddened by his passing. Simply put, all of my travels to date have revolved around food and flavours.

From 2005–2007, I lived in Shanghai and it was there that I landed a side gig as a restaurant reviewer for an expat magazine called City Weekend. That was the first time I combined my two loves: food and writing. In 2011, The Huffington Post started up in Canada and they reached out to me to write a piece. My very first amateur post was on freebies that Toronto offered in the summer. From there, HuffPost gave me a platform to write whatever I wanted and publish whenever I wanted, so I did. Around the same time, I also started a baking business that lasted for four years before I shut it down. I was a one-woman show that did the baking, decorating, delivering and it got to be too much for me. However, I still take on the occasional order from referrals or repeats customers.

Fast forward to four years ago, there was a time that I felt severe writer’s block and just felt stagnant in life, so I moved to Bali for a few months to reset and the writing just flowed out of me. In fact, I ended up writing a baking book, currently buried somewhere in my MacBook. I also began to document my experiences and published them Medium. These posts were just for myself and few close friends, but I ended up gaining followers. From there, things started to snowball in a good way. My name started getting out there. I was invited to restaurant openings, menu tastings and product launches in the culinary space. More recently, the press trips have started to pop up.

What differentiates food writing from other forms of storytelling?

Food writing is its own language. It’s much more than just writing about food. It involves cooking, sometimes food photography, exploring with your eyes and nose before tasting, questioning balance, knowing subtleties within a dish — is it chervil or tarragon that lingers at the end of each bite. These nuances can sometimes make or break a dish. We’re not just talking about fancy food. Two of my favourite pastas are Spaghetti Aglio e Olio and Cacio e Pepe. In these cases, you hone in on quality and balance since they’re made with four ingredients or less. That’s the eating side of things.

Then comes the writing side. The challenge here is to not get caught up in using a string of adjectives or clichés. It’s so addictive to fall down a rabbit whole of adjectives when describing food. Food writing involves all your senses. You want readers to see the colour of the reddish-orange carrot, feel its coarse texture, hear the crunch with every bite, taste the intensity of the raw sweetness and the juiciness of the flesh. The goal here is to take the reader to a place or time where they had a similar experience, as well as pulling them into yours.

How do you approach the stories you write? Are they based on events you attend or do you hop onto a food trend, etc?

I’m not a fan of trends, when eateries start obsessing over food trends, they spend less time making food taste great. It becomes more about shock value. To be fair, there is good and bad shock value. I just believe great food shouldn’t be trendy, it should just be shockingly great, all the fucking time. If anything, I do write about food trends that should go away.

What’s the best pitch you’ve ever received? Can you share some insight on how you like to be pitched?

I can’t say it was the best pitch ever, but I can say it was in the top five. Last year, I received a pitch where the subject line read Insects? Lab-grown meat? The real future food is LAB-GROWN INSECT MEAT. Instantly, the wheels started turning. I began to think of all the chefs I knew that were experimenting with crickets, scorpions, grasshoppers and silkworm, and all the articles I had read on changing the perception of eating insects to address the food scarcity problem. I thought of the time that I was stranded at the Laos-Cambodian border for hours, hungry and dehydrated. My only option to help the situation was to flag down the woman who walked around with a hand-woven, flat basket above her head selling fried tarantulas. That was fifteen years ago.

The way I liked to be pitched starts with a smart, enticing subject line. Eighty percent of people read your headline and twenty percent read the body copy is a marketing stat from years ago, but I believe it’s still true today. The headline is the hook. The body should have some drama, making me think what happens next. For me, the pitch doesn’t have to be timely, but it needs to add value — does this story relate to what’s going on in the world? Why? How? Answering these two questions in a pitch are critical for me.

These days, when I send out a pitch, I actually end up writing one-third of the article. This way, the editor knows my writing style, the tone, the angle, who the characters are and why this story matters. Gone are the days of one-sentence or one-paragraph pitches.

What are your favourite food discoveries of the past year?

One of my favourite discoveries from last year are the innovations in plant-based foods. There was a time, not too long ago, when it all tasted like shit. Now I’ve had multi-course, plant-based dinners that have been impressive and I’m not easily impressed. For example, I’ve been obsessed with this line of versatile, plant-based cashew soft cheeses called Spread ’Em. Plus, President’s Choice® started a whole line of plant-based foods that I’ve tasted and have no complaints about.

Another discovery is pink chocolate, also known as Ruby chocolate. The swiss have invented a fourth chocolate, after white, milk and dark, made purely from ruby cocoa beans. it’s not milky or bitter, but sweet, creamy and fruity.

Orange wine is something I started seeing served at dinner parties and listed on wine menus over the last year. Orange wine is not made from oranges. Orange wine is actually made from white grapes, fermented with the skin on, also known as “skin-fermented white,” while white wines are usually made by pressing grapes to separate the skin from the juice. The skin has a lot to do with the colour. I personally think orange wine gives off more of a complex flavour than a generic white.

Lastly, I love that the topic of food waste has gotten a much-needed global spotlight. Over the past year, I discovered several Toronto startups that have stepped up to decrease the food waste problem that really is a huge fucking problem — Feedback, Terus, Flashfood are just a few. I’ve attended chef battles where the winner was based on the how little food waste was created. I’ve been to cocktail bars that serve up excellent drinks invented by using the scraps of fruits and vegetables. I’m easily finding recipes online that use overly ripe fruits and day-old breads. The ‘no waste food movement’ is here and people are finally responding. 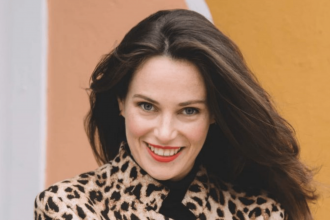 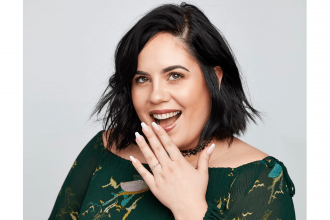 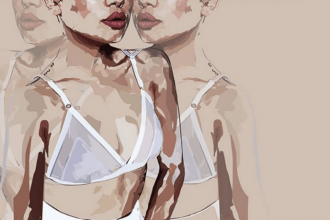